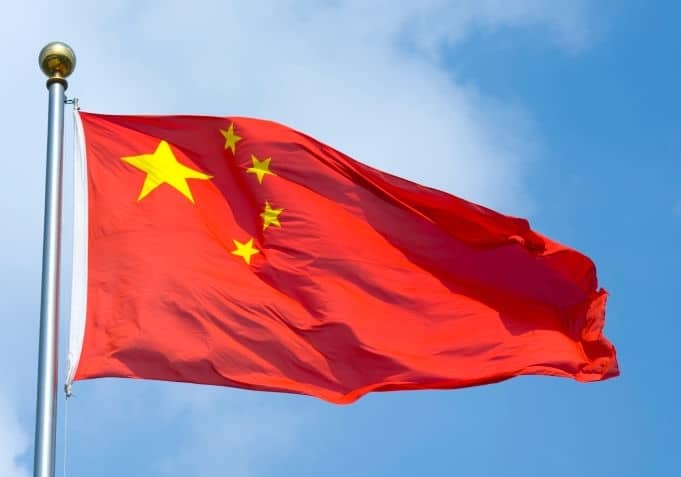 Since the advent of bitcoin in 2009, cryptocurrencies have gone from being a niche topic for tech nerds to ubiquitously recognized

— if not always understood — staples of modern finance. Bitkan CEO Liu Yang recently took some time out to give news.Bitcoin.com a peek into the Chinese bitcoin community and its changing ideas and perceptions of crypto, throughout Bitkan’s seven years in the business. Though general narratives have changed and evolved, and the recent covid-19 crisis impacted markets, the CEO says that overall China is still bullish on bitcoin.

An integrated platform for multiple crypto services, Bitkan was launched in March 2013 by former members of China tech giant Huawei‘s R&D department. CEO and co-founder Liu Yang was head of the Huawei Wireless Technology R&D department at the time, leaving to pursue business in crypto when, according to Bitkan, “most people saw Bitcoin as a Ponzi scheme.” “Bitkan started out as a geek product,” the company told news.Bitcoin.com. “The actual time that Bitkan was created was back in December 2012. At that time, most of the major exchanges for bitcoin geek players in China were all from abroad, hence Chinese bitcoin community users need some market alerts tools to facilitate price monitoring.” After launch in 2013, the Bitkan platform grew to be a hub for market data, and an OTC and aggregated trading platform with an active community.

According to CEO Yang, bitcoin was initially a point of general intrigue for Chinese, but soon “went from being an item of curiosity to becoming deemed a Ponzi scheme by the Chinese community.” From there, the perception evolved.

Towards the end of 2014, everyone began to focus their attention onto blockchain technology. After the ICO wave in 2017, Bitcoin was characterized as a revolutionary digital currency. After the madness at the end of 2017, people have generally heard of Bitcoin. The common man is still rather wary of cryptocurrency while some people regard Bitcoin as the best digital investment product.

When it comes to China’s legal restrictions on the crypto industry, and OTC trading in the country, Yang told news.Bitcoin.com there will always be a demand. “I would say that there is always a demand for OTC trading. Due to restrictive legislation on exchanges, the need for OTC will continue to exist to satisfy investment and trading needs. Thus, after regulations, OTC transactions will inevitably develop more vigorously than before.” Yang makes a small caveat: “However, from the perspective of the entire crypto market, I would say that the number of users are declining as a whole. This is due to regulation and the price of bitcoin.”

“I think the financial crisis has arrived. In other words, we are already caught in it,”

Noting government efforts to stem some of the economic carnage, Yang details: “From China’s $7 trillion planned infrastructure spending to U.S. interest rate cuts and the $400 billion plan to boost their economy to protect their businesses, we can see that global governments will likely take steps to save the markets.”

He also notes that some Chinese see the covid-19 crisis and ensuing crypto market plunge demonstrating “a certain degree of correlation between bitcoin and gold” as they have not appeared to follow the S&P stock market index in more recent events. “We can see that the [crypto] price slump this time happened after the plunge of the U.S. stock market and crude oil,” he elaborates. “Likewise, it has also led to gold to fall as well. This morning (March 19), the S&P 500 circuit breaker occurred for the fourth time this month. However, gold did not fall together with the index and neither has bitcoin.” Yang views the recent plummet in crypto prices as “a rapid deleveraging process” which will ultimately help crypto. “In the long run, it is conducive to the long-term development of cryptocurrencies. After this plunge, the development of cryptocurrencies will be more healthy and positive.”

Despite a Rough Start to 2020, China Still Bullish on Bitcoin

Challenges of the new year notwithstanding, Yang says that “when there is a crisis there are opportunities,” and “While some older traditional businesses may fall, at the same time, new business models may arise … the epidemic in China has actually accelerated the rise of e-commerce, remote working, online education and many other industries that were not that popular before.” He also predicts good things for

I think that this round of decline is the result of the leverage effect in the crypto market, and it needs to burst its bubble. There will still be some fluctuations, but all in all the market is likely to have a strong recovery within a year, and is very likely to exceed the previous all-time-high.

Bitkan’s goal into 2020 remains to make crypto investment easier by way of a “one-stop crypto investment platform,” the CEO notes. As for China, Yang maintains that there is a marked difference between speculators and investors, the latter typically remaining steadfast through storms while some of the former peel off in defeat, and summarizes: “Although the view of the Bitcoin community in China is still relatively fragmented, the overall voice of the community is still bullish as it is currently in a period of severe volatility.”

Graham Smith is an American expat living in Japan, and the founder of Voluntary Japan—an initiative dedicated to spreading the philosophies of unschooling, individual self-ownership, and economic freedom in the land of the rising sun.