Blockchain Could Move Self-Driving Cars Into the Fast Lane 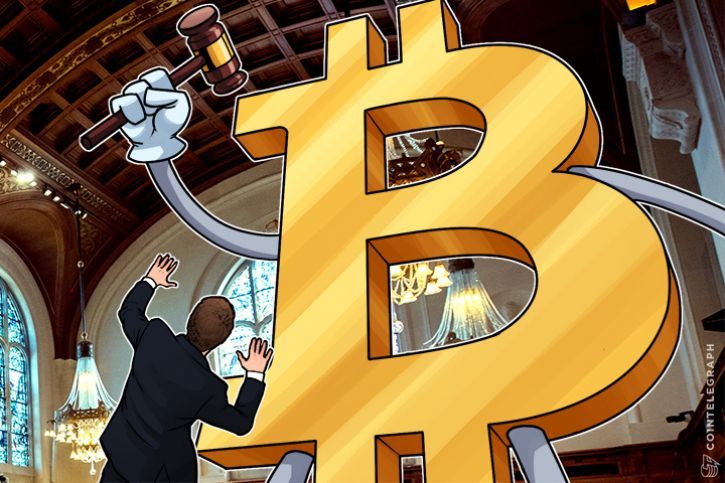 A future with autonomous vehicles is fast approaching

and with it, the idea that blockchain could connect automobiles and other Internet-of-Things (IoT) devices is getting its fair share of attention. Even though smart houses (where doors, thermostats and appliances are connected to the internet for added functionality) may have seemed more trendy a year ago, blockchain startups are becoming drawn to the potential of connected cars. "Timing is everything," said John Gerryts, co-founder and CEO at Oaken. "Now is the perfect time to begin building this stuff out."

He went on to explain:

"Everyone is in turn with it and on the same page with autonomous vehicles being within reach, depending on who you talk to, in the next 5–10 years."

The "stuff" Gerryts is talking about includes developing a mechanism that would allow autonomous vehicles to be truly autonomous. This means that a car could refuel, recharge and park on its own — and pay for those services as well.

Opportunity at the edge

Most entrepreneurs in the self-driving car space, said Gerryts, are focused on mobility. However, Oaken is focused on the layers and support systems that could underlie this operation. To the startup, these edges of the industry could use smart contracts running on a blockchain to connect everything. Plus, cars equipped with a repository of cryptocurrency could purchase services — say, a tune-up or an oil change – using an instantaneous and inexpensive payment rail.

Oaken sees itself taking care of the attestation of vehicles, inputting data on the blockchain to give vehicles a kind of digital identity. Once this identity is in place, Oaken can use GPS to follow the car, time-stamping its location on the blockchain. The data gleaned from the connection of the vehicle to the internet such as seasonality and traffic patterns, can also be used by consumers, application developers, and manufacturer "If everyone had everyone else’s data it would be a faster path to autonomous cars," according to James Johnson, co-founder and chief marketing officer at Oaken.

"If these [original equipment manufacturers] and others want to accelerate the path to level-five autonomous driving, the best way to do that is through the blockchain to share all that data."

But before autonomous cars, Oaken is looking to equip today's cars, those that could be manned by a human with the ability to purchase services using cryptocurrency. The company recently built out a proof-of-concept (PoC) for a United Arab Emirates-sponsored hackathon, which won first place. The project allowed Tesla cars to pay road tolls over the ethereum network. While nothing commercial has come out of the PoC yet, Gerryts said, the company has been head’s down on the project for the Toyota Research Institute, which announced this week that it will form a consortia with multiple blockchain startup partners to focus on potential uses of Blockchain.

Oaken has also been developing a system for short-term vehicle leasing. Whether it's individuals, manufacturers or other companies with fleets, the firm wants to find a way to allow them to rent out or lease vehicles in exchange for payment. And all that data and monetary transfer will happen over a blockchain. The startup has come up with a decentralized application (dapp) on the ethereum testnet that allows people to register their vehicles for short-term lease, and one at the other end that allows people to go in and sign up to lease those vehicles. With the announcement, Oaken and the other blockchain startups in the Toyota consortium — including Gem, BigchainDB and Commuterz – aim to capture the interest of large original equipment manufacturers (OEMs). That effort, they hope, will help get the blockchain-connected hardware into vehicles' components before market.

Uber’s valuation is more than $60bn, and all the company does is act as a matchmaker.

“What if there was a direct relationship between the vehicle owner and the consumer?”

By cutting out Uber or Lyft as the middleman, drivers would make more money without the up-to-20% fee they charge, and consumers would get cheaper rides. All manufacturers and OEMs are looking at how to get a piece of this pie. And while manufacturers might be selling less cars, Johnson continued, they’ll get more revenue per car – or rather than selling cars, offer pay-per-use models. Further, as Oaken is thinking about the future of smart cities, it makes sense to utilize the roadways for ride-sharing, because, in most US cities, there are about 100 times more roads than there are mass transit lines, Johnson said. “The opportunity is so big that I think all these different players in the [blockchain] space are now trying to get that solution built,” Johnson told CoinDesk.

One area that will absolutely change as short-term leasing of individual cars becomes more popular is car insurance. “Insurance has always been built with 12 months in mind,” said Johnson. “Now, we’re building insurance products for five minutes or 20 minutes.” Many experts have predicted a move towards usage-based insurance (UBI) or 'pay as you drive' (PAYD), not only because of short-term leasing, but because of the proliferation of telematic devices and smartphones that can be used to monitor the driving behaviors of individuals in an effort to give them discounts or better premiums for good driving.

“Usage-based insurance will be dynamic enough to charge you less on Tuesdays than Wednesdays if you're a better driver on the former day,” said Gerryts. The problem with these models is that insurance is supposed to be a pooling mechanism for distributing costs across multiple people and, in turn, keeping them down. Plus, telematic monitoring can sometimes put certain demographics at a disadvantage. For instance, most insurers will dock points for driving late at night into the early morning because statistically speaking that’s when most accidents happen. However, this puts people that work late-night and overnight shifts at a disadvantage. However, Toyota’s insurance entity is also part of the research initiative, so these challenges are being worked through, according to Gerryts.

“The discrimination of usage-based insurance – autonomous cars could solve this.”