Bitcoin.com Lays Off Half Of Its Workforce With Bitcoin Cash Halving Only 4 Days Away 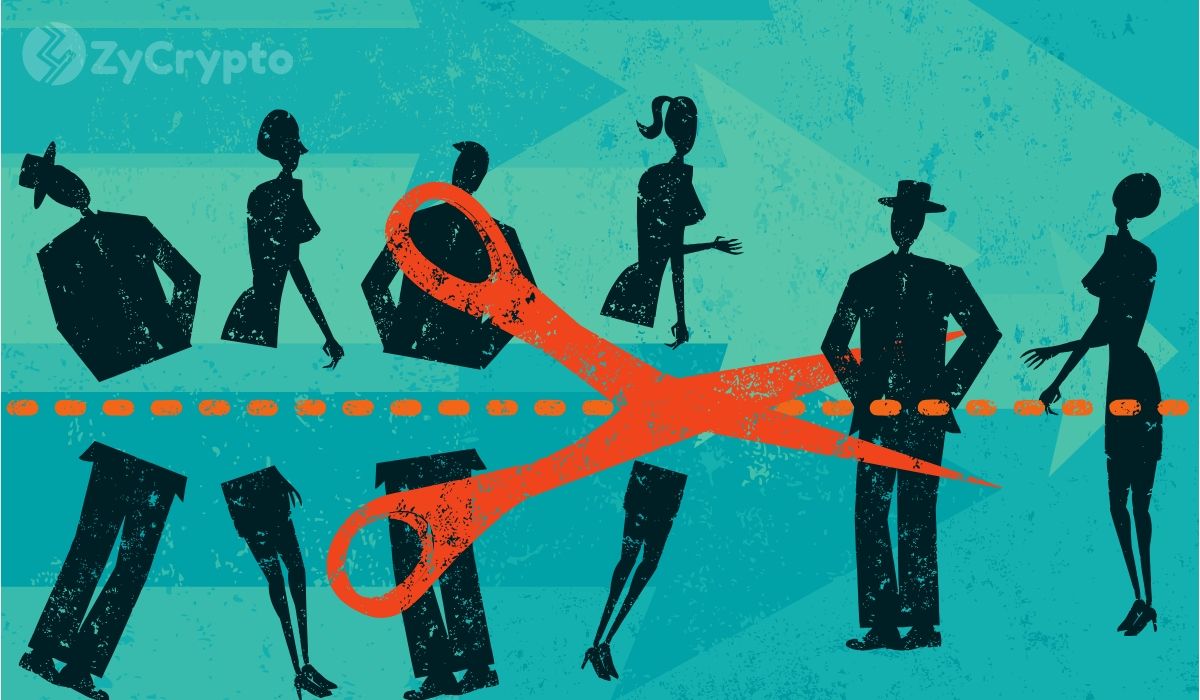 It appears that gloomy days lie ahead for the Bitcoin Cash (BCH) camp. According to recent reports, Bitcoin.com has reportedly cut 50% of its workforce with only four days remaining until Bitcoin Cash’s halving.

Bitcoin.com Sacks 50% Of Its Employees

The coronavirus pandemic has wreaked havoc on companies all over the world. As a result, most of the companies are holding off hiring for the time being while others are downsizing their workforce. Notably, Bitcoin.com, which is at the forefront of championing Bitcoin Cash (BCH) has succumbed to the coronavirus pressures.  As per data from Condor, a professional network that is tracking hiring freezes and layoffs amid the coronavirus crisis, Bitcoin.com has laid off almost half of its staffers. Going by the information available on its official LinkedIn page, half of the 131 employees are now out of work. As ZyCrypto recently reported, the most recent price massacre on March 12 and March 13 had dire consequences on miners on the BTC, BCH and BSV networks. Miners on the two bitcoin forks are already moving to the BTC network. Analysts are predicting that this will go on especially with the upcoming halvings for the BTC offshoots.

Impending BCH Halving The Reason For The Layoffs?

Mining on the BCH network, just like on BTC, is profitable as long as the prices remain high. However, since late-February this year, BCH has lost almost 32% of its value. The cryptocurrency is hovering at around $235.28 at the time of publication. At such painfully low prices, miners are earning mediocre returns for securing the BCH network. The situation could soon get a whole lot worse with the imminent halving.

The Bitcoin Cash network will undergo halving in four days’ time. Miners on the network currently receive 12.5 BCH for discovering new blocks, but they will start getting only 6.25 BCH after April 8. The reduced mining earnings will potentially add more pressure on the Bitcoin.com mining pool which is still reeling from the losses of the recent coronavirus-induced sell-off. This is possibly the reason why the company has slashed its workforce ahead of the BCH halving. Nonetheless, such an enormous downsizing is bad news for the BCH community. And with miners already migrating from the Bitcoin Cash network to the BTC network even before the April 8 halving, safe to say that BCH’s future is hanging in the balance.

Brenda is a crypto and Blockchain enthusiast and has been crafting articles for at least a year. She has a solid background in Economics and Finance. When she is not writing crypto stories, she’s spending quality time with her family and friends or trying out different cuisines in the kitchen.
https://zycrypto.com/bitcoin-com-lays-off-half-of-its-workforce-with-bitcoin-cash-halving-only-4-days-away/