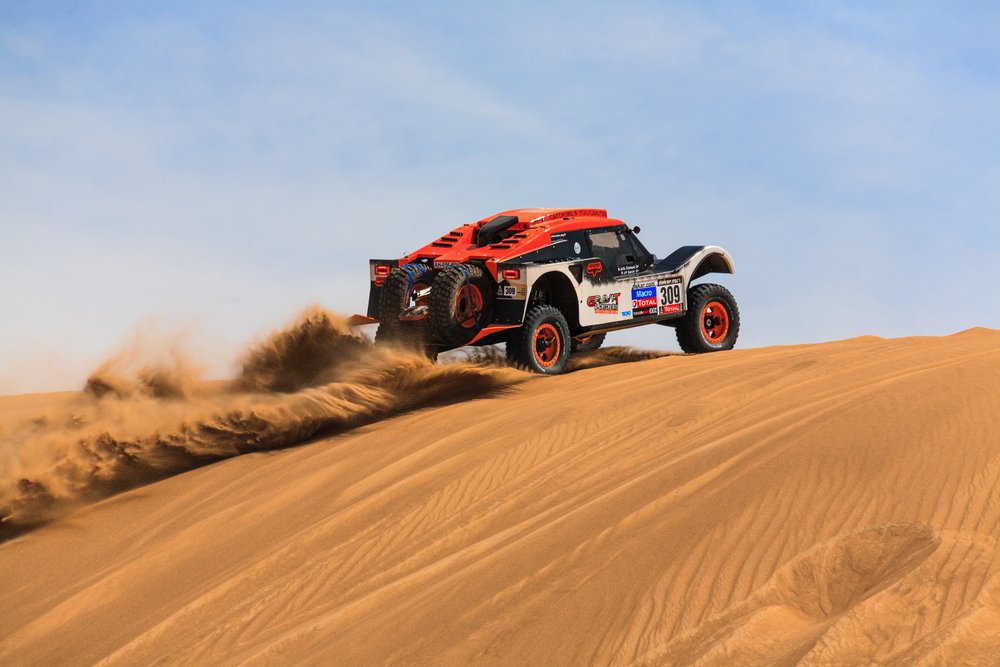 The crypto markets experienced a moderate recovery on Thursday, as the bitcoin price began to recover from the dip that it entered following the Bitcoin Gold hard fork. Many altcoins achieved slight price bumps as well, enabling the total cryptocurrency market cap to rise above the $172 billion mark.

Early in the day, it appeared that the markets were heading south, continuing their movement from the previous day. However, they began to tick up on Wednesday afternoon, and the crypto market cap currently sits at $172.5 billion, which represents a 24-hour increase of $5.1 billion.

The recovery was fueled by a 7.5% bitcoin price rise. After beginning the day in decline, the bitcoin price consolidated support at the $5,485 mark and reversed its trajectory leading into Thursday morning. At present, the bitcoin price is trading at $5,955, which translates into a $99.1 billion market cap.

It is not immediately clear what is fueling this march back toward $6,000, but many analysts believe it is an early phase of bitcoin’s eventual transformation into a mainstream asset. Standpoint Research’s Ronnie Moas, for instance, recently predicted that the bitcoin price will reach $50,000 over the course of the next decade.

The ethereum price made a minor gain on Thursday, advancing about seven-tenths of one percent to increase to a present value of $299. Nevertheless, it was unable to pierce the $300 mark or break out of that threshold’s gravitational pull. Ethereum maintains a market cap of about $28.5 billion.

The bitcoin cash price outperformed the majority of top-tier cryptocurrencies on Thursday, rising as high as $347, although it has since tapered to $340. This is likely due to the dismal performance of Bitcoin Gold — another altcoin created from a Bitcoin fork — during its first few days on the exchanges.

Unlike Bitcoin Cash, Bitcoin Gold has virtually no community and institutional support, and that has been reflected in its declining price. After debuting near $500, the bitcoin gold price has plunged to $131 — even amid buy pressure from margin traders who needed to purchase it to pay back lenders — and this may worsen when the network officially launches and traders are able to begin making deposits on exchanges.

This bodes well for bitcoin cash, because industry observers theorize that subsequent forks of bitcoin will have diminishing returns and that the forked coins may cannibalize one another. Though it is still early, it appears that bitcoin cash will emerge the victor in this contest with bitcoin gold.

Altcoins — led by bitcoin cash — generally made gains on Thursday, although a few top 10 cryptocurrencies did not participate in the advance. 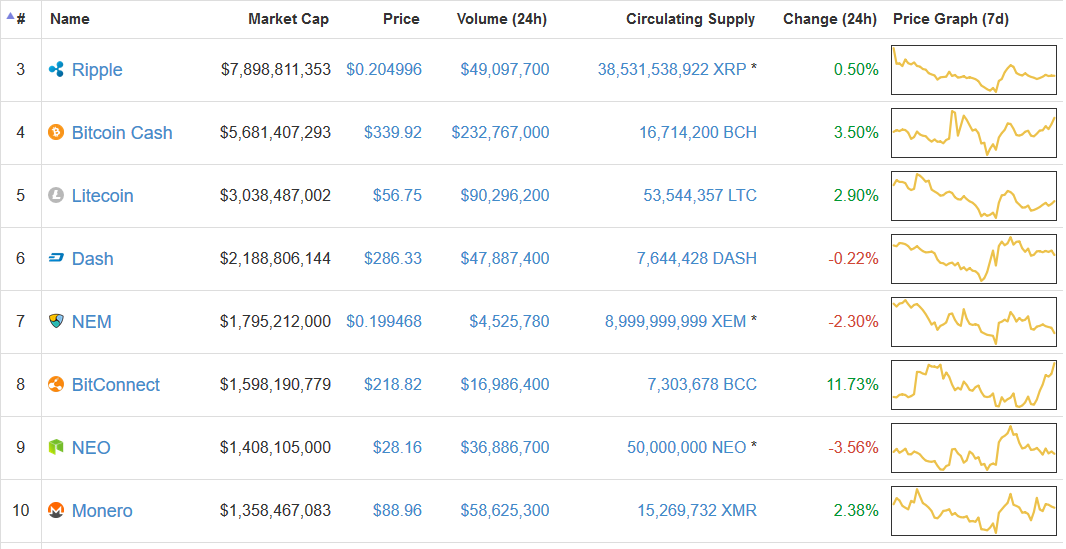 The ripple price rose about one-half of one percent, but this was not enough to push XRP’s market cap back across the $8 billion threshold. The litecoin price increased 3%, while dash and NEM sat the rally out. Bitconnect led top 10 cryptocurrencies, posting a 12% increase that raised its price to $219, but the NEO price dropped below the $30 mark after a 4% pullback. Tenth-ranked monero achieved a minor gain, but its price continues to trade below $90.