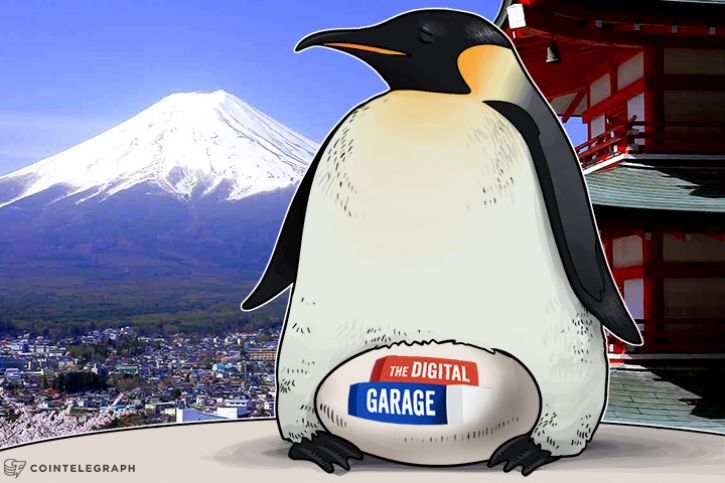 Loyalty schemes are regular marketing tools used by businesses to retain customers. However, when the system of collecting benefits is complicated and is not well-thought-through, the customer is left unsatisfied. In Japan, many credit card companies are giving loyalty award points to the end-users as an incentive to use their cards. End-users can exchange the loyalty points for services or products they want.

The main drawback is that they need to go through complex steps on a website or call an operator. As a result, the liquidity of the loyalty point is quite low. This observation has brought Digital Garage to the idea of creating a new marketing solution that will simplify the monetization of loyalty points. And here is where the adaptation of the Blockchain worked perfectly to realize the idea.

Blockchain and digital currencies as a solution

According to Taro Watanabe, operating officer at Digital Garage, the company is building a real-time exchange system that enables end-users to use the loyalty points just like a currency based on the Blockchain technology in conjunction with Blockstream and one of three major credit card companies as well as their business partner Credit Saison.

Thus, end-users can instantly exchange their loyalty points into other digital value which can be used at any location. The same system can be used for regional currencies. It means that the Blockchain-based Digital Garage product can work globally and potentially everywhere digital currencies exist and are accepted. 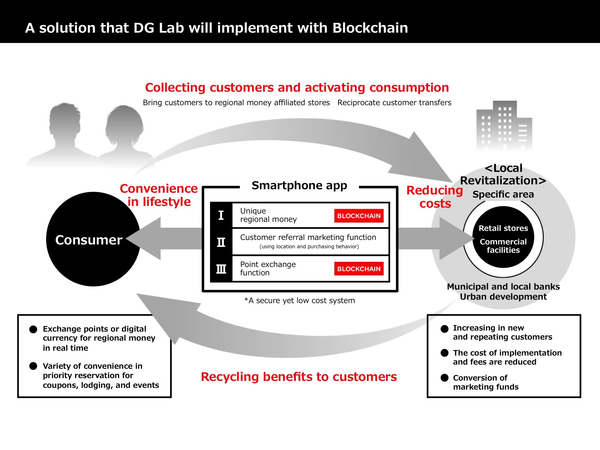 A solution that DG Lab will implement with Blockchain

Digital Garage also has plans to develop a system that will release machine automated contracts — i.e. help the execution of contracts based on the regulations and business practices in Japan based on the Blockchain technology. As for loyalty support service, they intend to partner with major credit card companies, local governments as well as local shopping districts so that they will encourage their customers to use their exchange service which runs on top of Digital Garage platform.

Users can exchange loyalty points and/or local currencies for a service and/or a product at their choice in real-time which is not provided so far in Japan. In addition to that, they are already providing many payment methods provided by third-parties including Alipay, PayPal or other standard payment systems.

Bitcoin is the most secure digital currency

Digital Garage is confident that Bitcoin is the most secure digital currency at this point since it is based on the Blockchain technology which has yet to be tampered with since its invention. Taro Watanabe believes that public Blockchain technology based on Bitcoin will bring fundamental change to the financial business model.

He says to Cointelegraph:

“Public Blockchain technology based on Bitcoin has a strong capability for security and stability; we believe the current situation is a transitional period that needs more scaling in functionality. Bitcoin Core’s open source community is challenging this and proceeding with the development of the scaling function for uses other than virtual currency.”

In fact, Digital Garage has all the cards at hand to be a trigger in the development of Bitcoin usage and boost Blockchain in Japan. They plan to contribute to the Bitcoin Core open source community, expand the developer community first in Japan and then promote the idea of Blockchain as a social infrastructure through development and education.