Big Changes To The ECB. Crypto ‘Shaking The System’

Bitcoin and other crypto-assets have long divided traditional economists and bankers with some warning over their instability and others praising their ingenuity.

The bitcoin price rebound so far this year has caused some to change sides, though many continue to warn bitcoin and other cryptocurrencies will be a mere flash in the pan.

Earlier this year, Christine Lagarde, who has just been nominated to replace Mario Draghi as president of the European Central Bank (ECB), warned that cryptocurrencies are "shaking the system"—something that could signal a change in the ECB's approach to bitcoin and crypto and potentially spur adoption. 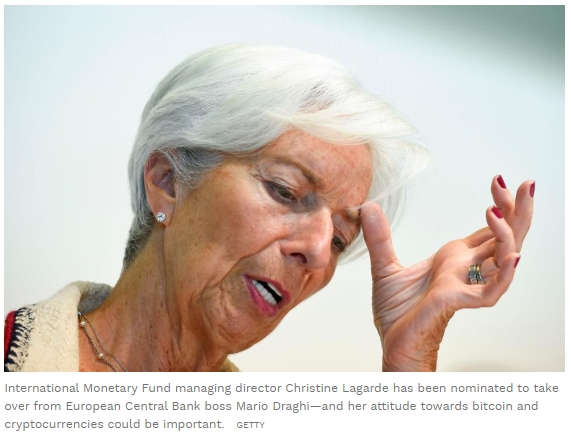 "I think the role of the disruptors and anything that is using distributed ledger technology, whether you call it crypto, assets, currencies, or whatever … that is clearly shaking the system," the 63-year-old Lagarde told CNBC in April.

"We don’t want to shake the system so much that we would lose the stability that is needed," she added.

Those comments earlier this year follow an interview with Lagarde in 2017 where she warned the power of cryptocurrencies and the underlying blockchain technology should not be dismissed.

Meanwhile, the bitcoin and cryptocurrency community has largely welcomed Lagarde's nomination to the top job at the ECB, with some expecting her openness to crypto to be "good for the industry."

"Several people have pointed out to me already is that the next ECB boss is incredibly crypto friendly," Mati Greenspan, senior market analyst at brokerage eToro wrote in a note to clients this week. "Indeed, Christine Lagarde who is set to replace Mario Draghi on 1 November is extremely pro digital assets."

"Not bitcoin, of course, but she has advocated already for state-backed cryptocurrencies as well as settlement tokens like XRP and JPM coin. We can expect that someone so crypto friendly in such a position will be good for the industry as a whole." 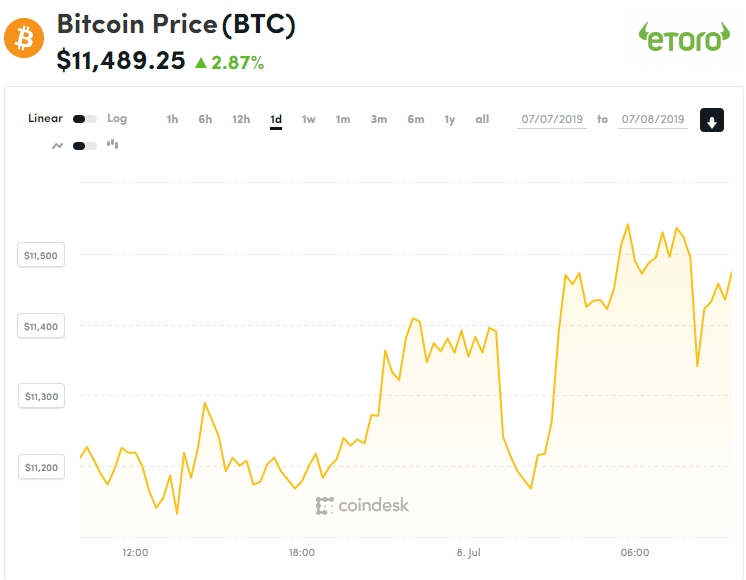 The bitcoin price has been charging higher so far this year, pushed on by tech company interest in crypto and blockchain. COINDESK

Lagarde appears to have a different opinion of bitcoin and crypto to that of outgoing ECB president Mario Draghi, who earlier this year said cryptocurrencies are not currencies, but "highly risky" assets, distancing the ECB and other central banks from crypto experimentation and the responsibility of regulating cryptocurrencies.

Elsewhere, Lagarde's background as a politician has caused some to predict she will take a radically different approach to running the ECB than that of her predecessors, all of whom have been traditionally trained economists over the ECB's 21-year history.

As the likes of social media giant Facebook and Wall Street banks including J.P. Morgan get stuck into bitcoin, blockchain and cryptocurrencies, it will become more difficult for institutions like the ECB to sideline them—and Lagarde might find bitcoin and crypto requires more of her attention than she expects.

I write about how bitcoin, crypto, and blockchain can change the world.

How Can We Benefit At Markethive? 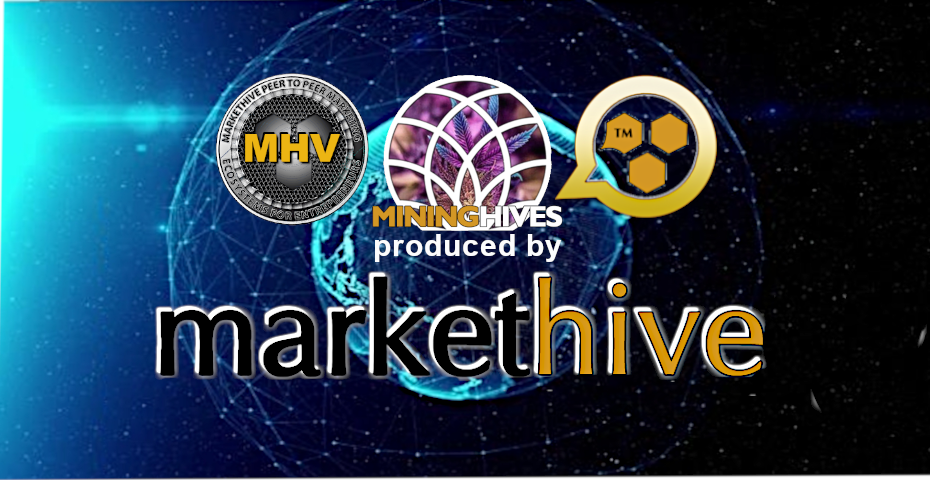 Complete ecosystems can be created and run on Crypto, giving the power and chance of financial freedom to everyone that participates. Mass adoption is imminent and with the power of crypto exchanges, I see the strong cryptocurrencies all interrelated.

Markethive, the complete ecosystem for entrepreneurs is an entity unto itself with the development of its own exchange, where not only the Markethive Coin (MHV) but many other cryptocurrencies are accepted, including fiat to create liquidity for its users.

Coupled with a plethora of mining hives globally that create massive surplus electricity built on total 100% green energy that supports the core distributed decentralized data based systems using dWave or quantum computers which utilizes the advanced theoretical technology of multiple parallel universes. That core of decentralized dWave database systems has a matrix/network of the blockchain around it. Monitoring, securing and facilitating the massive database system.

It's built on a higher generation blockchain to make it possible to handle large social groups.

With the ease of liquidity and underpinned by a complete suite of Inbound Marketing products for its End Users, it's a complete Ecosystem for Entrepreneurs, Bloggers, and Commercial Artists. Markethive is designed to be able to produce a legitimate income.

Markethive produces the coin to give as an incentive to sign up in Markethive, like so many other companies, as Paypal did as an initial campaign. Markethive is not using the coin to raise money. It's not speculative but has the ability and potential to become very valuable due to many products and services that are in high demand. So pump and dumps won't affect the company or its revenue. They're not dependent upon speculation of their coin. They are dependent upon delivering services and products people want whether the coin is up or down, which in turn will increase the value of the coin despite the markets. Underpinned by mining hives that will drive the coins (MHV) along with all the products and features the system offers, which is the lifeblood to Entrepreneurs.

MHV on the first public exchange while The Markethve Exchange is in development.

How Will This Be Achieved?

Markethive’s Cultivation & Mining is a self-sustaining, symbiotic hemp/cannabis growing operation and full mining operation.  Each supporting the operation of each. Mining produces heat, greenhouses consume heat. Thus reducing the biggest cost of greenhouses by using heat from mining data center operation and biggest cost of the data center with cooling and power generation. This will be accomplished by integrating existing technology and proprietary licensed technology to create a self-sustaining operation.

Markethive is delivering a dynamic social network, integrated with Inbound Marketing (SAAS), numerous commerce platforms, multiple traffic portals, all built on the blockchain, delivering a complete ecosystem for Entrepreneurs. Using the latest technology, it provides privacy, security and prosperous solutions for all business owners, marketers who require an online presence.

It is a secure private system, that does not leverage, steal or track you. You can simply use it just like a social network. Or you can command it to build an empire.