Australia rolls out plans for a $175 billion blockchain sector 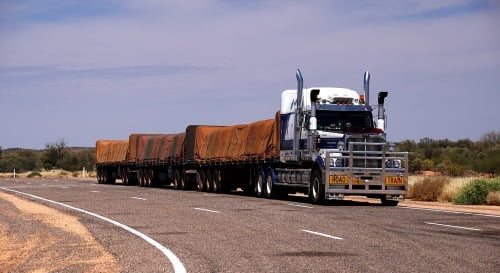 Australia is gunning to become a global leader in blockchain technology, with the unveiling of its new national blockchain strategy and roadmap. According to the Sydney Morning Herald, the roadmap will overhaul the country's banking, export, and education infrastructure—producing a sector worth $175 billion (AUD 259.4 billion).

It's been almost a year in the making, but Australia's plans for blockchain inclusion are underway, with an initial focus on the county's booming export industry. According to Karen Andrews, minister for industry, science, and technology, blockchain's capacity to transform supply chain management will help "strengthen export opportunities."

"I think what's really exciting is the potential for blockchain to strengthen export opportunities, helping Aussie producers and manufacturers track their goods, which are in demand around the world because of our clean, green reputation,"  Andrews said.

She also highlighted that the blockchain roadmap could wind up fetching the sector a cool $175 billion (AUD 259.4 billion); however, as of yet, no government funds have been allocated to execute the plan.

Wine, banking and investment in blockchain

A particular focus for the blockchain roadmap is the country's wine exports, a sector worth $1.9 billion (AUD 2.91 billion) last year. One strategy highlighted in the roadmap involves compiling a "detailed economic analysis" of the wine export industry via blockchain tech.

The roadmap also nods to blockchain's ability to streamline the banking process—particularly when it comes to Know-Your-Customer (KYC) checks. "As the use of blockchain in financial technology develops beyond cryptocurrencies, it presents opportunities to enhance consumer outcomes in retail banking, including through facilitating the KYC process," it reads.

Australia's startups can also breathe a sigh of relief. The latter half of the grand plan highlights the reworking of policy to be more inclusive of digital technologies.

Article produced by Will Heasman