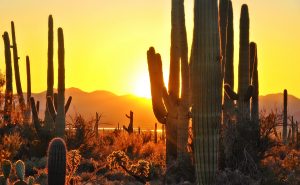 Arizona's legislature has cleared a bill that would recognize blockchain signatures and smart contracts under state law, sending it to the governor's desk for final approval.The measure, as previously reported by CoinDesk, would make data tied to a blockchain "considered to be in an electronic format and to be an electronic record" in Arizona. It also notably featured language specifically related to smart contracts, signifying an effort to capture new kinds of delivering information — in this case, via blockchain — under existing rules.

"'Smart contract' means an event-driven program, with state, that runs on a distributed, decentralized, shared and replicated ledger and that can take custody over and instruct transfer of assets on that ledger."

Public records show that the bill was sent to sent to Gov. Doug Ducey's office on 27th March after clearing the Senate by a 28-1 vote on the 23rd. While it's not immediately clear if or when the governor will sign the bill, the broad support the bill saw in the legislature — members of the legislature's lower chamber approved it unanimously late last month — suggests the measure could ultimately get the green light. The bill is akin to legislation passed and signed into law last year in Vermont. Lawmakers in the state proposed allowing data embedded on a blockchain to be used in a court of law. 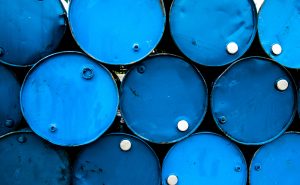 A group of companies including IBM has spearheaded the development of a new blockchain-based crude oil trade finance platform.Along with IBM, commodities trading group Trafigura and corporate investment bank Natixis took part in the creation of the platform, built using code from the Linux Foundation-led Hyperledger project. IBM’s BlueMix cloud hosting service is also being utilized.

Within the system, parties can view transaction data as it is published on the blockchain. The platform also hosts documentation and updates on shipments, deliveries, and payments. Natixis, a member of the R3 distributed ledger consortium, is no stranger to trade finance applications of blockchain, having joined with the "Digital Trade Chain" project last year. According to Arnaud Stevens, Natixis’ head of global energy and commodities in New York, the bank sees the tech as potentially bringing down costs while also boosting procedural transparency.

Stevens said in a statement:

"We want to use blockchain to optimize the antiquated arena of commodity trade finance. The current process is paper and labor intensive, we have multiple friction points with high processing costs and limited automation. Distributed ledger technology brings some much-needed innovation into our industry."

The platform’s introduction marks the latest bridging of the blockchain and trade finance worlds. It’s an application that has attracted significant interest from a range of companies and governments worldwide, including Dubai. Many of the world’s banks also continue to push ahead with related projects focused on the commodities trade.