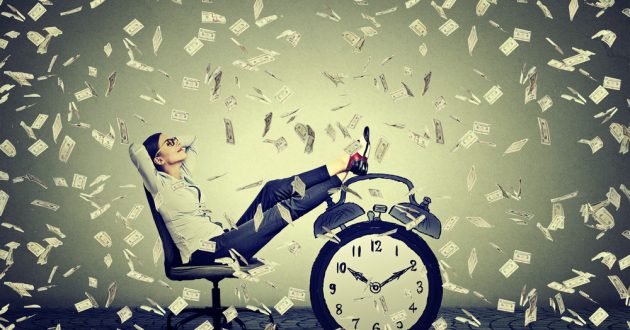 Cryptocurrencies represent awesome payment systems that enable anyone to send and receive money to and from anyone in the world; convert it to fiat currencies easily and use it to buy whatever one might choose whether online or offline. However, one of the drawbacks of cryptocurrencies is that it can be somehow hard to buy them, especially in selected countries where it is difficult to open a bank account.

Throughout this article, I will show you three ways to make money online in the form of cryptocurrencies using just your laptop/PC and an internet connection:

Steemit.com is a blockchain based social network, that incentives its users for posting and curating (upvoting) content. On Steemit, you can make money online, in the form of crypto, for posting new content and/or curating (up-voting) the content of others. The social network has three forms of currencies/tokens:

STEEM: which represents a cryptocoin that is tradable on a number of exchanges such as Poloniex.

Steem backed dollars (SBD): whose value is linked to the USD. SBD is also tradable on cryptocurrency exchanges.

STEEM Power: which are influence tokens that give users control over the amount of earnings they gain by posting and curating content.

When you publish a post on steemit, you will receive rewards for it after 24 hours depending on the number of upvotes it received by other users, who create content. Your earnings will be divided into 3 portions

STEEM and SBD can be instantly transferred to an exchange and sold for Bitcoin, while you can only convert STEEM Power to STEEM, to be able to sell it, through a complex process known as “Power Down”.

Even though I remember that I used to mine around 1 whole Bitcoin every 36 hours in 2010,using just my PC, it is now impossible to mine Bitcoin and most major altcoins using a PC, as the networks of all these coins have grown massively and their networks’ difficulties have skyrocketed too. However, there are a handful of altcoins that you can still mine using a PC with reasonable specifications.

Minergate provides a descent service that enables you to mine a number of altcoins using your PC or laptop including Monero, bytecoin, Ethereum, Ethereum classic and others. The software also has a great option; “Smart mining”, which automatically picks up for you the best coins to mine according to market prices and network difficulties.

With a few clicks, you can download, install and start mining cryptocurrencies using your laptop. The higher the specifications of your PC (processor, RAM) and GPU, the bigger the amount you can make via Minergate’s mining software. Roughly speaking, a dual core i5, 8 GB RAM PC with a 1 GB Nividia Geoforce GPU can mine what is worth around 10 cents per day.

Gridcoin Research (GRC) is a cryptocurrency network that is created to facilitate multi-party computing and reward volunteers who donate their computing power to BOINC projects with GRC. You can make between 8-30 cents per day via donating your PC’s processing power to the gridcoin network.

Follow the BOINC client and gridcoin installation guides on gridcoin’s official website and in less than 20 minutes, you will be earning gridcoin for donating your computer’s processing power.