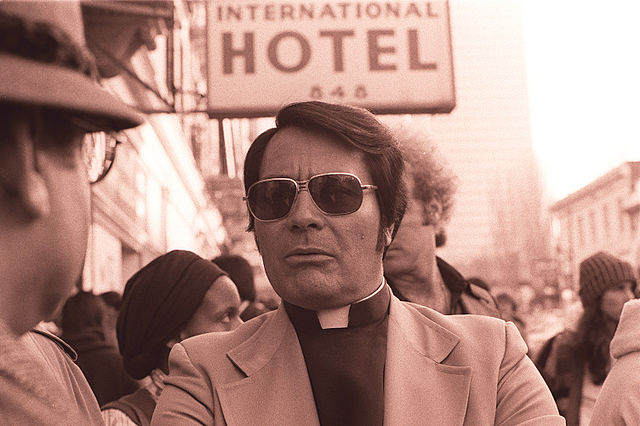 How to tell the false from the true

For the time is coming when people will not endure sound teaching, but having itching ears they will accumulate for themselves teachers to suit their own passions, and will turn away from listening to the truth and wander off into myths.

Do you remember the “People’s Temple”? Started in Indianapolis in 1955 by the Reverend Jim Jones, it moved to San Francisco in 1971. The headquarters was just a few miles from my house, and mere blocks from the hospital where I was born. As a teenager I often rode the bus right past it.

In 1974, the People’s Temple established a settlement in Guyana, South America. It promised a tropical paradise, free from the wickedness of the outside world.

By 1978, the population of Jonestown, as it was called, had grown to over 900. And in November of that year, the residents of Jonestown were forced at gunpoint to drink poison. Nine-hundred and eighteen people died that day, the largest deliberate taking of American lives before September 11, 2001.

The people tasked with cleaning up found a shocking discovery: Not a single Bible was found in Jonestown. This “church” turned out to be one of history’s most dangerous cults.

As a follower of Jesus, you need to be regularly involved in a church, or local fellowship of believers — “not neglecting to meet together, as is the habit of some, but encouraging one another, and all the more, as you see the Day drawing near.” (Hebrews 10:25)

But you must choose your church carefully, avoiding false teachers, and making sure you don’t end up in a cult. Here are some characteristics of a cult, or a church or group that has gone the wrong path:

Authority Other than the Bible

Sometimes it is writings, such as Mormonism’s The Book of Mormon, Doctrine and Covenants and The Pearl of Great Price. Often it is the teaching of an individual, such as Charles Taze Russell, founder of the Jehovah’s Witnesses, who claimed that historic beliefs of the church were wrong (the Trinity and the deity of Christ).

The Jehovah’s Witnesses took this a step farther with their New World translation of the Bible, which is “the first intentional, systematic effort at producing a complete version of the Bible that is edited and revised for the specific purpose of agreeing with a group's doctrine.” (gotquestions.org)

Many cults are based on new discoveries or so-called revelations. For example, Joseph Smith’s founding of the Mormon church was based, he claimed, on his discovery of golden tablets. Other cult leaders simply declare that they have received direct revelations from God, which cannot be proven or disproven.

Paul warned in his very first epistle about those who departed from the established truth of the gospel: “But even if we or an angel from heaven should preach to you a gospel contrary to the one we preached to you, let him be accursed.” (Galatians 1:8)

The Mormons make their stand very clear: “We do not believe the Bible to be inerrant, complete or the final word of God.” (From an address to the Harvard Divinity School in March 2001 by Robert L. Millet, former dean of religious education at Brigham Young University.)

Both the Jehovah’s Witnesses and Mormons deny the full divinity of Jesus. They cite isolated passages to prove their point, rather than looking at the totality of teaching about the Lord. They ignore passages that show the eternal nature of Christ, such as John 10:30, “I and the Father are one” or John 17:5: “And now, Father, glorify me in your own presence with the glory that I had with you before the world existed.” Also, Hebrews 1:3 says of Jesus, “He is the radiance of the glory of God and the exact imprint of his nature, and he upholds the universe by the word of his power.”

Most cults do not teach that one is saved by faith alone in the finished work of Christ, but by following the rules and teachings of that particular group.

For instance, the Mormons add “obedience to the laws and ordinances of the gospel” to the requirements for salvation. But the Bible makes abundantly clear that works cannot save us: “For by grace you have been saved through faith. And this is not your own doing; it is the gift of God, not a result of works, so that no one may boast.” (Ephesians 2:8-9) Romans 4:5 says, “And to the one who does not work but believes in him who justifies the ungodly, his faith is counted as righteousness.” Also see Titus 3:5, Galatians 5:4.

If a church, or even a fellowship group, is led by someone who has complete rule, whose authority is never to be questioned, watch out! Pastors and elders are to lead gently and lovingly, “not domineering over those in your charge, but being examples to the flock.” (1 Peter 5:3)

Another warning sign is when group members are required to submit their daily lives to group control — to quit their jobs, or give all their money to the group. This was definitely true at the People’s Temple.

Other possible reasons for caution include:

Exclusivity / Denunciation of other groups — “Everyone else is wrong”

Bondage — you cannot leave, and if you do you are shunned.

Jeremiah 23:1-2 gives a dire warning to pastors who lead their people astray: “‘Woe to the shepherds who destroy and scatter the sheep of my pasture!’ declares the Lord. Therefore thus says the Lord, the God of Israel, concerning the shepherds who care for my people: ‘You have scattered my flock and have driven them away, and you have not attended to them. Behold, I will attend to you for your evil deeds, declares the Lord.’”

One of life’s most important decisions is choosing your church family. Ask Jesus, the Great Shepherd of the Sheep (Hebrews 13:20), to help you find a church and a shepherd who will be true to God’s word and lead you and help you “grow in the grace and knowledge of our Lord and Savior Jesus Christ” (2 Peter 3:18).

Lord, guide me by Your Holy Spirit to know when a church or group is one that I should participate in, or avoid as a cult. Lead me to a true Christian fellowship that honors and glorifies You, and where I will grow in my faith and witness for you.

Do you have doubts about the group you’re involved in? 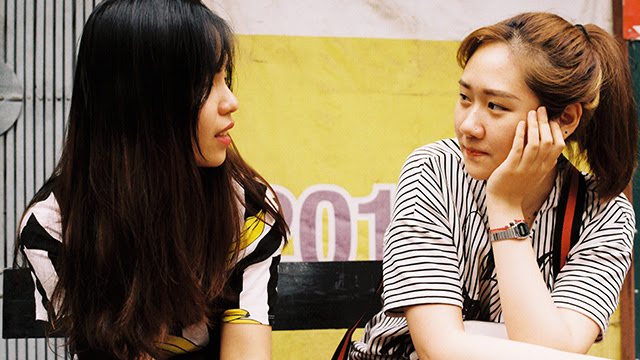 Regard the curious as thirsty for living water.

Written by GodLife on 11/09/2018
Series: Weekly Devotional
Tags: Questions, Answers, Reasons, Evangelism, Apologetics
Honor Christ and let him be the Lord of your life. Always be ready to give an answer when someone asks you about your hope.

1 Peter 3:15
Have you ever asked a question, only to get another question as an answer? It’s not that uncommon, and it doesn’t mean the other person is avoiding your question. Here’s an example:

“So Philip ran to him and heard him reading Isaiah the prophet and asked, ‘Do you understand what you are reading?’ And he said, ‘How can I, unless someone guides me?’” (Acts 8:30-31)

People ask questions for all kinds of reasons. Sometimes they aren’t really asking for information—they either already think they know the answer or are raising a question as a cover for something. Here’s an example:

Jesus answered this question with one of the greatest parables in the Bible: the story we call the “Good Samaritan.” Even though the young man’s goal was to “justify himself,” Jesus worked creatively to reach him.

It’s a good test of our walk with Jesus when we’re gracious with those who ask questions like he was. What are some ways we can do that?

Are all questions… even the not-so honest ones… opportunities?
The only way to avoid uncomfortable questions is to only associate with those who are certain they know all the answers. And this shows the value of questions. They imply the questioner is teachable. Both Peter (see 1 Peter 3:15, above) and Paul assumed believers would live lives that created opportunities to answer questions: “Walk in wisdom toward outsiders, making the best use of the time. Let your speech always be gracious, seasoned with salt, so that you may know how you ought to answer each person. (Colossians 4:5–6)

Will they come whether you’re ready or not?
Jesus actually made it clear that people would question us–and that it’s a good thing, a way for God to be glorified.   “You are the light of the world. A city set on a hill cannot be hidden. Nor do people light a lamp and put it under a basket, but on a stand, and it gives light to all in the house. In the same way, let your light shine before others, so that they may see your good works and give glory to your Father who is in heaven.” (Matthew 5:14–16) A believer’s nature is meant to be an invitation for questions. We can’t be hidden, even if we try. God meant it to be like that as a way for His purposes to be worked out. (See Philippians 2:12-16)

How did Jesus use questions?
Did Jesus Himself get tough questions? You bet. Did He always answer them directly? No; in fact, He often answered questions with questions his critics couldn’t answer. “Then some of the scribes answered, ‘Teacher, you have spoken well.’ For they no longer dared to ask him any question.” (Luke 20:39-40). Very often, Jesus’ challenging questions were for the benefit of the surrounding listeners as well as the questioner. Every time I read these exchanges it makes me want to grow in my ability to answer and ask good questions.

Helping others who question, then, is Christ-like, isn’t it? It’s an opportunity to help the teachable, a way to fulfill God’s purposes for us, and a chance to embrace conformity to the image of Jesus. The next time you are questioned, how will you make it an opportunity to bring truth and love to the questioner?

Pray this week:
Lord Jesus, I want to be more like You. Show me where fear and pride make me defensive and keep me from helping others who question.