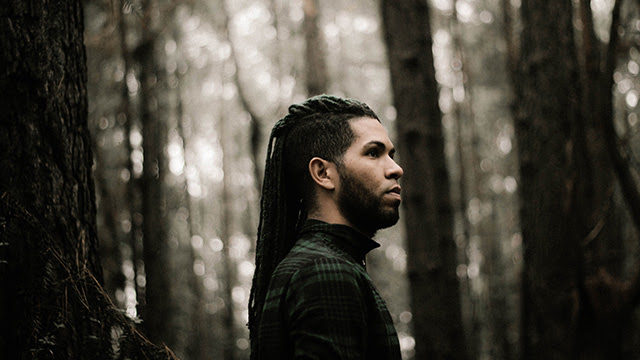 You have been given many gifts, but it’s up to you to use them correctly.

She said, ‘The Philistines are upon you, Samson!’ And he awoke from his sleep and said, ‘I will go out as at other times and shake myself free.’ But he did not know that the Lord had departed from him. Then the Philistines seized him and gouged out his eyes, and they brought him down to Gaza and bound him with bronze chains, and he was a grinder in the prison.

When I was in grade school, my homeroom teacher nominated me to be a ‘super kid.’ This recognition was for all the kids who received good grades, had exemplary behavior and showed great leadership skills. As a reward, we would get prizes and even a t-shirt with the Superman logo on it to show that we were ‘special.’

In the Bible, there are many examples of people who were special, too. Today, I want to talk about Samson. Maybe you know him as the strong guy with super long hair who defeated the Philistines (Judges 15:16), but there is so much more to his story, his character, and his supernatural strength. Let’s dig a little deeper into his life.

Samson was chosen and set apart

Even before he was born, Samson was blessed and set apart (Judges 13: 4-6). He dedicated himself to God as a Nazarite, a person entirely set apart for God. As a sign of obedience, a Nazarite drank no wine, would not go near a corpse or make himself unclean and would let his hair grow as a sign to his commitment to the Lord (Numbers 6:1-8).

Samson looked the perfect example of a Nazarite. With his long hair and mighty strength, he had everything that identified him as a follower of God at first glance. He was also known as an Israelite warrior and a judge who led Israel for 20 years (Judges 16:31). Even his name, which means ‘little light’ or ‘little sun,’ served as a symbol in a time when the people of Israel were walking in so much sin and darkness. (Judges 13:1)

Samson was a leader Israel deserved

With all the titles and his outside appearance, one would think Samson lived a life according to his vow, but the truth is, he was far from obedient. Whatever he set his eyes upon, he wanted. For example, he first broke his vow as a Nazarite when he chose his wife. “I saw one of the daughters of the Philistines at Timnah. Now get her for me as my wife,” he told his parents. The Philistines didn’t serve God and were mortal enemies of the people of Israel. But his disobedience didn’t end there. Later on, “Samson went to Gaza… saw a prostitute and went to bed with her” (Judges 16:1).

Ultimately, Samson’s fall began when fell in love with Delilah, a woman who betrayed him for silver and turned him in to the Philistines. “My hair has never been cut because I am a Nazarite to God from birth,” he revealed to Delilah, “If I am shaved, my strength will leave me, and I will become weak and be like any other man” (Judges 16:17).

Delilah betrayed him by cutting his hair while he slept, and the Philistines took him as a prisoner. Gouging his eyes out, they forced him to grind grain in prison.

In his brokenness and humiliation, Samson pleaded to God, and the Lord listened. “Lord God, please remember me,” Samson implored. “Strengthen me, God, just once more. With one act of vengeance, let me pay back the Philistines for my two eyes.” The Lord gave Samson his strength back, and he used it to kill the Philistines by pushing the pillars of the temple. (Judges 16: 28-30).

So, What can you learn from Samson?

Samson’s story serves as a warning to every believer. He used supernatural strength to kill a lion with his bare hands (Judges 14:6), but couldn’t break the chains of sin. Instead of becoming a great leader to turn his people back to God, he lived, married, coexisted and died with the Philistines.

As believers, we have a ‘spirit of power’ (2 Timothy 1:7), but we must not use it for our benefit. We must compliment it with love and self-control so that we guard what the Lord has given us, and with the guidance of the Holy Spirit living within us, His name will be glorified.

“Lord, forgive me if I’ve ever acted upon my own will and not yours. Give me the opportunity to show those around me that I belong to you. Amen.”

Where has the Lord called you to be obedient to Him in your life? Have you listened?

Do you want to reach your full potential for the Lord but need spiritual guidance? Connect with a caring Christian friend today! 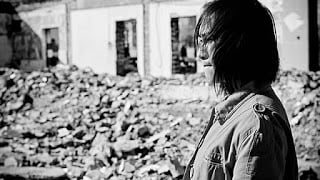 No matter how difficult a situation, you can remember that God wants us to forgive one another “just as God through Christ has forgiven you”

Written by Hope on 07/07/2013
Series: Weekly Devotional
Tags: Forgiveness, Hurt
"Get rid of all bitterness, rage, anger, harsh words, and slander, as well as all types of evil behavior. Instead, be kind to each other, tenderhearted, forgiving one another, just as God through Christ has forgiven you.” (Ephesians 4:31-32)

When someone hurts you or you experience an injustice, God knows about it. In fact, of course, He knows every wrong that has ever occurred on earth, as well as the good things. "His understanding has no limit" (Psalm 147:5), and He knows that, as with all human action, "it has all been done before" (Ecclesiastes 1:9).

Earthly Injustice
King Solomon wrote, “I observed all the oppression that takes place under the sun. I saw the tears of the oppressed, with no one to comfort them. The oppressors have great power, and their victims are helpless” (Ecclesiastes 4:1). He noticed that people should not “be surprised if you see a poor person being oppressed by the powerful and if justice is being miscarried throughout the land” (Ecclesiastes 5:8). He said this because, "not a single person on earth is always good and never sins (Ecclesiastes 7:20), so we need to recognize that we, too, are sinners in need of forgiveness.

God's Justice
No matter how difficult a situation, you can remember that God wants us to forgive one another “just as God through Christ has forgiven you” (Ecclesiastes 4:32). And because “The Lord loves righteousness and justice”(Psalm 33:5) , you can rely on God to help you overcome injustice by being a loving and forgiving person. It will probably be difficult, but “those who are wise will find a time and a way to do what is right, for there is a time and a way for everything, even when a person is in trouble” (Ecclesiastes 8:5-6).

Prayer, Care, and Share Jesus
Have bad things ever happened to you or the people close to you? Whether these things have happened recently or long ago, we know God is very serious about us forgiving others, just as in Christ, God forgave us.

Somebody caused an accident and someone close to you died or was injured for life;
A parent, school teacher or another authority figure abused you or someone close to you;
A criminal killed or injured someone close to you in a robbery or attack;
Someone close to you betrayed you. Whether or not you know the person that hurt you, your friend or family member, it is very tempting to harbor anger, hate or bitterness towards them — even if you’re close to God.
There’s nothing wrong with feeling angry in your loss. Jesus understands your pain and anger because He suffered on your behalf. Because of the sacrifice He made for you, and the forgiveness He has already granted you, Jesus asks you to forgive people who bring hurt and pain into your life.

You may not even know where to start when you realize you need to forgive someone. You might ask, “How can I forgive?” Well, here are some suggestions:

Realize and accept you have the anger or bitterness in your heart about the incident (however deeply buried in your memory;
Accept from the Scripture that you have to forgive as you are forgiven;
Surrender the hurt and anger to Jesus in prayer — If possible, pray this out loud with a friend
Forgive the person(s) in the Name of Jesus;
Start praying the Lord's blessing on the person that you need to forgive.
A Helpful Tip: Don't worry if you don't know the name of the person that wronged you or if they may not even be alive now. Forgive them anyway — the Lord knows them. If the process is very difficult, — get help from trusted friend or a counselor.

Pray this week:
You will forgive people who hurt you and start to pray for the Lord to bless them.

Roots of bitterness grow deep and spread to cover all areas of a person's life. Have you chosen to 'forgive' those who have done evil to you in your past? You should ask God to forgive them for you and through you. Forgiveness is for your healing. Do you have a situation you're having a hard time with? Talk to a caring Christian about it.